From 28September until 11 October, the 31st edition of the Festival Internazionale del Teatro e della Scena Contemporanea (the International Festival of Theatre and Contemporary Scene) will go on stage in various theatres in Lugano: thirteen days for nineteen shows and dance performances for adults and children, four meeting with the artists and many side events.
6 September 2022
—
by Silvia Onorato
Save in favorites
Saved 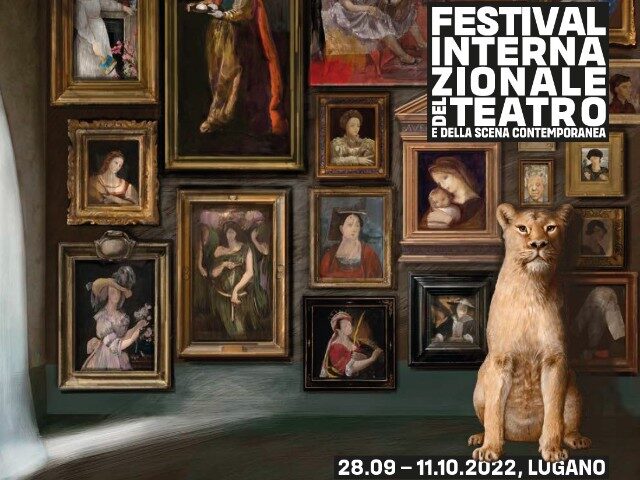 FIT Festival brings to Lugano the creations of some of the most interesting artists on the Swiss, European and non-European contemporary theatre and performance scene. The central idea of the 31st edition is the women’s writing: as Paola Tripoli, artistic director of the FIT Festival, explains: “The 2022 Festival will speak a language/woman. We will try to give answers to contemporary questions and, at the same time, it will be a real action. In times of inter-speciesism, fluidity, schwa, over-extended masculinity, I’m taking a step backwards, without denying the rest, to show portraits, biographies and mark a rebalancing”. The programme of this year’s FIT Festival includes therefore works by thirteen female directors and artists, coming from seven countries including Argentina, Belgium, Chile, France, Italy, Holland and Switzerland.
Opening the FIT Festival is the choreography “Chasing a ghost” signed and interpreted by the performer and visual artist Alexandra Bachzetsis along with four dancers, a performance that combines dance and projections of images onto the dancers’ bodies (28.09, 20:30, Palco LAC, followed by a meeting with the artist). Then, the world premiere of “Amor Fugge Restando” (Loving Kills)” by the Collettivo Treppenwitz, third chapter in their research on love as the driving force behind human relationships (30.09 and 01.10, 19:00, Teatro Studio LAC, followed by a meeting with the artist). Also at LAC, it will be staged “Love me”, a show by the Argentinian performer and choreographer Marina Otero, who made her debut in Argentina in February 2022 (30.09, 20:30, Palco Teatro LAC, followed by a meeting with the artist), while at the Teatro Foce will be staged “Blast!” by Ruth Childs, “uno studio, un panorama o riappropriazione dei corpi, che si concentra sui corpi doloranti, sofferenti, strani, esplosivi e violenti” (“a study, a panorama or re-appropriation of bodies that are painful, suffering, strange, explosive and violent” – 01.10, 20:30, Teatro Foce).

On 2nd October, the French performer Tatiana Julien with “Uprising” questions the role of dance as a form of opposition (02.10, 20:30, Palco Teatro LAC). From the German Swiss part, Tabea Martin talks about discriminations in “Geh Nicht in den Wald, im Wald ist der Wald”, performance in a fairy-tale language open to the public from 8 years old (05.10, 20:30, Palco LAC), while the young promise Johanna Heusser in “Dr Churz, Dr Schluung und Dr Böös” compares the practice of the Schwingen Swiss struggle with the Swiss conservatism (07.10, 20:30, Teatro Studio LAC, followed by a meeting with the artist). The Chilean director and playwright Manuela Infante reflects on a non-anthropocentric theatre in the Swiss premiere of “Como convertirse in piedra” (08.10, 20:30, Palco Teatro LAC); another Swiss premiere is “Bears” by the Dutch Wunderbaum collective, reflection on the concept of freedom in today’s society (09.10, 20:30, Palco LAC).
FIT Festival closes with the Swiss premiere of “In the middle of nowhere” by the Belgian artist Kristien De Proost, who together with Fred Araujo questions where the centre of things is, where the extremities are (10.10, 20:30, Palco Teatro LAC), and the world premiere “Bogdaproste. Che Dio perdoni le tue morti” by the Italian director Catherine Bertoni de Laet, a family tragedy which questions identity and belonging (10 and 11.10, 19:00 and 20:30, Teatrostudio LAC).

Besides the regular programme, the Young&Kids section, now in its 17th edition, offers four shows dedicated to young people and schools: the world premiere “From Syria: is this a child?”, documentary performance by Miriam Selima Fieno and Nicola di Chio (04.10, 10:00, Teatro Foce); the Swiss premiere “Quadrotto, Tondino e la Luna” by the Fondazione TRG, a show in musical themes about diversity (05.10, 09:30, Teatro Foce); “Le Milieu”, adventure tale by Fréquence Moteur (05 and 06.10, 17:00, 09:30 and 14:00, Teatrostudio LAC); “Ha ha ha” by Eugénie Rebetez, a movement theatre and music show that brings laughter to the stage (07.10, 14:00, Teatro Foce).
Completing the programme is the third edition of Luminanza, Reattore per la drammaturgia contemporanea: five unpublished theatrical texts written by young Swiss Italian authors will be presented as readings in an afternoon at Studio Foce (09.10, from 14:00 to 18:30, Studio Foce).
Many side events will take place during the Festival: two advanced training workshops for professionals, a festive night event entitled “Danzare fino a scomparire. Un invito a muoverci insieme”, organised by TIB meets FIT (01.10, 22:00, surprise location); radio activities of Radio on the road continue with live broadcasts of the youth team and the editorial project by Quaderni del FIT. Last, two new projects: Restez FIT!, a two-year project dedicated to the cultural participation of elderly supported by UFC, Beisheim Stiftung, Ernst Goehner Stiftung, Fondation Philantropique Famille Sandoz, Paul Schiller Stiftung, and the social initiative of Biglietto Sospeso, a gathering of charitable contributions which will be converted into tickets to attend FIT’s shows that will be handed over to Soccorso d’Inverno, Casa Astra, Sos Ticino and Croce Rossa.

FIT Festival is from 28.09 until 11.10 in different theatres in Lugano.
More information: fitfestival.ch