Egreen is an Italian-Colombian rapper, pillar of the Italian underground Hip hop scene. On November 12th he will play live with Dj Shocca at Studio Foce, to present his latest album.
3 November 2022
—
by Silvia Onorato
Save in favorites
Saved 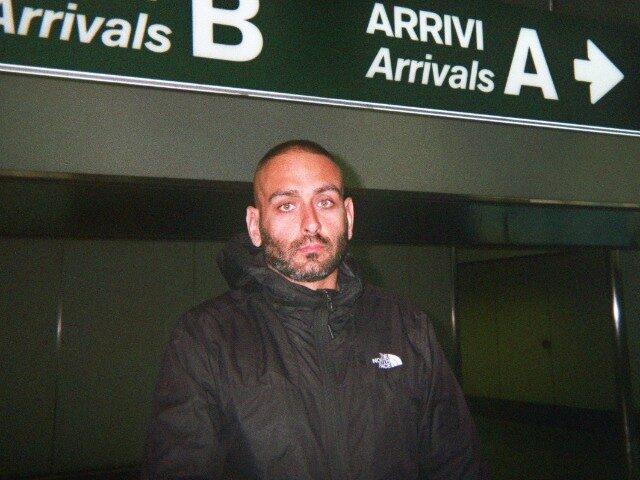 Egreen is a pillar of Italian underground Hip hop scene. Born in Bogotá and raised in the United States, Switzerland and Italy, Egreen has a multicultural background which allowed him to deal with varied musical styles. Between 2002 and 2009, he published several projects positioning himself as “unsigned hype” in the local underground of the Northern province of Milan and Varese: he participated in several jams in the Hip hop scene, leading his first demo in 2002 with Toni Alti e DJ Sen, a collection of unreleased tracks in 2006 titled “F.U.R.S. (Frustrated Unreleased Rap Shit)” and two mixtapes between 2010-2011. In 2013 he released his first official album “Il cuore e la fame”, that featured collaborations with Mistaman, Bassi Maestro, Primo Brown, Ghemon and Dj Shocca – now considered a classic of Italian rap. In 2015 he released the album “Beats & Hate” independently, with the crowdfunding platform Musicraiser, surpassing in funds raised any other similar project in Italy. In 2016 Egreen released his third official album, “More Hate”, and after three national tours established himself as one of the most talented live performers of his generation. He continued to produce and release EPs and albums, such as for example “Entropia 3”, “LO VE” and “OG’s Original Grown Shit”, until 2019 when he signed his first contract with the major label Sony Music, subsequently releasing in February 2020 “Fine primo tempo”, just before the global health emergency of Covid-19. In February 2022, he returned to Italy a year in Bogota (Colombia), with a new album named after himself: “Nicolás”.

Using your own words, “Nicolás” “is a personal record, which talks about love and exorcises evil”. The album is about two troubled years of your life. What happened? How did writing about it help exorcise it?
On the one hand, the pandemic brought to its knees the live music industry – something that for an artist like me is the first source of livelihood, so at some point I literally had no food on the table. Just before the pandemic started I had released a record with a major label, a project that involved promotion operations and a lot of expectations. Due to the pandemic, all this came to a stop. On the other hand, at the end of 2020 I had to travel to Colombia for family reasons, which made things even worse. For those who write in a certain way, the effect is a kind of self-therapy that helps to rationalise what is happening and put it behind you in a healthy way; making music out of it means expressing it and getting it to people; and, even if everyone interprets things in their own way, creating a bond to feel less alone.

“Nicolás” is an entirely independent record and you took care of its every aspect. How did this project go?
I was able to complete it thanks to my experience in the independent scene, which started in 2013. I’ve always been an independent artist and over the years and I availed myself of a team of people that, through even mistakes, failures and fights, taught me what music is all about, which is not only art but also business. I learnt what it means to publish a music product, from bureaucracy and SIAE (Italian Authors’ and Publishers’ Association), to record CDs and merchandising, to the self-producing and co-producing album presentation dates – undoubtedly the most complex aspect. All of this is possible if you have a team of people who believe in your project, who have knowledge of the industry and the market, who put their resources and contacts at disposal in favour of an independent operation, who know how to work well; self-made, in fact, means independent, but it doesn’t mean that there is nobody with me – often in the rap narrative, this label is used to say “me, me, me”, but those who succeed are never alone.

The album cover is a view of Bogotá; in your songs you often quote Milan. What do these two cities represent for you?
Milan has always been the destination in my formative path as a human being: as a preteen, I lived 35 km away, so it was not far and I went there often; it was the metropolis, the city where everything happened, where rap happened. At first, though, the more I went there and came home to the province, the more unreachable it seemed to become. Then, when music took over in a serious way, things changed: I moved to Milan, and Milan adopted me, it became my home, the place where I weaved very important life, friendship and work relationship. Milan is my main audience, and the city I represent.
Bogotá is the city where I was born, the city of my roots, and with which I have had a conflicting, karmic relationship, since I was born. It is the city of my biological family, it is a wound in my heart. I have mixed emotions towards the city, but it is no less important than Milan. My heart is in Bogotá, my head in Milan.

This year you resumed live activity. How does it feel to be back on stage?
I’m a working-class rapper for whom nothing is certain, so I don’t take anything for granted. Finding myself at Tunnel Club in Milan, with the venue full was an amazing emotion, which reminded me why I rap and that people were still there waiting for me. Actually, in the moment I didn’t experience it well, because I was so busy with everything, I had the next dates to do in my mind. I’m not a person who enjoys moments, and I don’t see beyond next month. What it certain is that for now it seems there are reasons to continue: it went the way it was supposed to go, if it had gone wrong, it would have meant that I would have had to change things.

In Lugano you will be in concert with DJ Shocca, a colleague and a friend. What does it mean to you to do a live show with him?
We got to know each other well in 2021 when I joined Unlimited Struggle, a label with which I released “Il cuore e la fame”, an important record for me and for the Italian underground scene. Shocca is a professional who made history, he is a legendary producer, a great showman. Finding each other after years and re-establishing a relationship of trust was great for me; collaborating with him for me is a goal achieved: we’re close, there is a lot of understanding, we have a relationship that I jokingly like to call father-son. The live concert will be a great rap show, a very high-quality performance.