“Effimero” (“Evanescent”) is a drama theatre’ show, adaptation of the classic “The little prince” by Antoine de Saint-Exupéry. The play will be staged on 20 August at the Teatro Foce, during the Summer Family season. We talk about it with Romeo Gasparini, director and playwright of the Studio MIRA company.
11 August 2022
—
by Silvia Onorato
Save in favorites
Saved 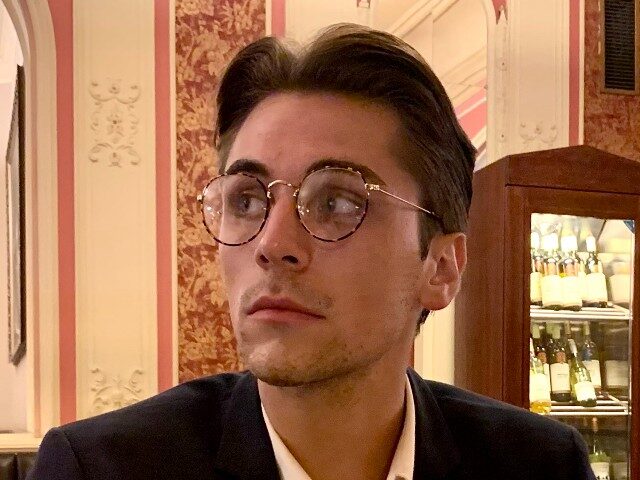 “Evanescent” tells the story of a pilot and a child who get stuck in a terminal at the end of the Second World War, waiting for their flight to the future. We discuss the new adaptation of “The little prince”, by the Studio MIRA company, with Romeo Gasparini, director, who along with Marina Basso edited the artistic direction of the show.

“The little prince” is a tale of the XX century literature, addressed to children and adults. From which elements of the original story does the play start?
The show differs from the original story in several ways: first, the spatial setting is not the desert nor the universe, but rather another type of “non-place”, an airport; the temporal setting seems similar to the original one, namely the 40s, but with respect to the period just at the end of the war – years in which Saint-Exupéry didn’t live, considering he died in 1943. A span that actually is a surreal one and it could be considered symbolic, taking into consideration a moment of general confusion at the end of a huge historical event: Second World War, or nowadays even after the pandemic crisis or the current conflict (it was an unintended reference, considering when we started to write the play the war wasn’t already broken out). A moment which questions: what awaits us next?

Starting again after the end of a big historical event seems to be an opportunity to employ one’s own freedom. How is the topic of freedom addressed?
All characters fight with their own desire of freedom, obstructed by the instinct of attachment to the past. For instance, the pilot leaves the military context at the end of the war and prepares himself for the civil one, in which there are no more structures that gave shape to him; the child, on the contrary, used to lead a free life and now he hates going back home, where he’s supposed to take care of his rose. Just as The Guardian, a sad reflection about what the pilot can become if he will remain there, the deposed sultan, the forgotten star, the despised professor are all figures who represent the inability to impose one’s own wishes and occasionally their own good to themselves. These roles that everyone has played for a long time, made them believe that there could be nothing else in life but their own old, used, faded, wet, cloaking clothes. Indeed, freedom is not only leaving and experiencing something new; it is also giving up something old.

The main characters of the play are a pilot and a child, waiting to leave. Which is their destination?
On the set, the airport, will appear lights and the audience will hear the rumble of taking-off planes, to symbolize the characters’ missing opportunities, reminding them that they’re loosing their time. The pilot and the child, just arrived in this place, discuss with those who have been there for years and who have not been able to leave. Will they find the strength to board? And where will they go? The fear, indeed, lies even in choosing one’s own destination. I don’t want to spoiler too much elements of the story; I just want to say there will be a happy ending, with some departures – some characters will win their immobilism and they will leave – but not all of them, as happens in life.

What is “Evanescent”?
Marina Basso and I faced the original tale for an academic exam; on this occasion, we were particularly struck by the part in which the prince asks the geographer what “Evanescent” means. The rose is evanescent, it would die; this awareness leads to a question: ourselves and our actions are limited and temporary: is it worth it? It is worth it to leave, to go forward, to move; is it worth it to employ one’s own freedom? It is important to consider “The little prince” as an existential tale, written by Saint-Exupéry who followed the French contemporary intellectuals as Sartre and Camus: all characters fluctuate in the emptiness, even the powerful people. Everything ends, also what gave us certainty: with the end of the war, the pilot has to find a new place in the world; with the end of the Ottoman Empire, the great sultan has no more power; with the beginning of the sound cinema, the vain Hollywood star of silent movies has no more popularity. The hidden question is: how to react when things end? Every character, like every spectator, has their own answer.

The tale by Saint-Exupéry contains deep reflections in a symbolic language, which addresses even children. Is this aspect reflected on the show?
When I was writing the play sometimes I had some doubts, but I often discussed with my younger brothers – one of them will play the prince – to have a feedback on its clearness. Some elements of the story are explained in an explicit way, others on the contrary are easily decodable by children (the sultan is a royal figure, without a necessary explanation). Actually, we give too little credit to children’s ability to understand things and see more than what adults can see; for instance, the discussions with my brother opened doubts on what I wrote. Going back to Saint-Exupéry, “this is not something for adults, it is something for children”.

“Effimero” will be staged on 20 August at the Teatro Foce at 20:30, during the Summer Family season.
Learn more: luganoeventi.ch

A story of friendship and bravery” – Interview with Livia Gionfrida, playwright and director

“Home was a perfect place for jazz music” – Interview with Rita Payés, jazz musician and singer