Foce’s new season started on 22nd of September: several events including concerts, theatre performances and talks. We talk about the new season, news and an important anniversary with Michela Poretti, artistic director of the Foce.
29 September 2022
—
by Silvia Onorato
Save in favorites
Saved 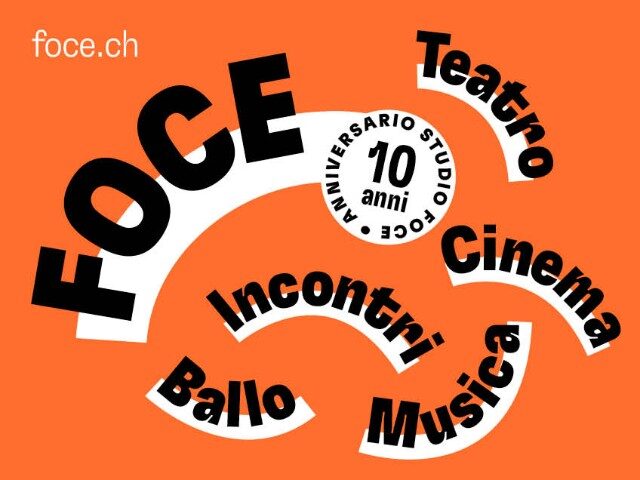 Foce’s new season started on 22nd September. How many events are scheduled?
More than 140 events, including music concerts, theatre performances, talks and films screenings. Among rehearsals, edits and events, the rooms of Foce will be full almost every day until the end of January.

The programme sees several RANDOM events, a new project that allows young people to organise events at Foce. How did the first months go? What does the second season look like?
The first season of RANDOM went very well. We started at full speed in February, when the last COVID-related restrictions were removed. The response went beyond our expectations: after the first events, thanks to the word of mouth among young people, it spread the news about the possibility of organising concerts at the Studio Foce. It was a success even in terms of audience turnout: RANDOM’s strength is the self-promotion – the more the organisers promote their events, the greater their takings. The new season will have a varied schedule, to meet everyone’s musical tastes: from reggae music, to dancehall, tribal rhythms, electronic music, rock, hip hop, even metal – which had been missing in the last months –, with both local and international groups.

Music at Foce is synonymous with RACLETTE. What are the upcoming concerts?
For RACLETTE we offer three very different Hip Hop nights. The first is in October with Kaos, a pillar of the Italian underground scene who has been a guest several times in the past both at Sala Metrò and at Studio Foce; in November there will be Egreen, called once at Sala Metrò, who will do a live concert with Shocca, who has been guest several times. Finally, there will be a night in January with a mainstream Hip Hop guest – like last year with Guè Pequeno: this year we have chosen Clementino, who has already been a guest at Music Net in the past. A very likable Neapolitan artist who does a playful, almost cabaret-like rap. For RACLETTE there will also be the concert by the jazz musician Rita Payés, as well as a concert for the 10th anniversary of the Studio Foce.

Foce is also a theatre. What plays will be presented?
As usual, the theatre season presents HOME and GARDEN: HOME gives a house, a theatre space to local companies and their productions; GARDEN, like RACLETTE for music, offers shows of our production with several local companies and those from abroad. This year we will have as guests the Compagnia Finzi Pasca, which will propose a performance in December, and Pietro Sarubbi, already a guest in 2018 during the LongLake Festival. This year we will stage shows by well-established collaborations with FIT, FIM, LAC and Soloinscena.

10th October marks the 10th anniversary since Studio Foce’s opening. What do you remember about its first days? How has Studio Foce shaped itself over these past ten years?
I remember very well the first night of the Studio Foce, especially the opening ceremony on 10th October 2012, with the ribbon cutting and the aperitif, which was followed by the first concert of the Studio, by the Marlene Kuntz band. I remember that in those six months saw the birth of RACLETTE, which contributed to shape the profile of Studio Foce: a sophisticated cultural proposal curated by the in-house programmers of Divisione eventi.

What is the programme for the celebrations?
Celebrations will take place on 15th October, with a concert by the band Tre allegri ragazzi morti – an historic group for us since they have performed a lot of times both at Sala Metrò and Studio Foce, and they fully embody the RACLETTE spirit. It will be a symbolic event, a concert by a great band at a convenient price (pre-sales are already available on biglietteria.ch), precisely to invite everyone to attend and celebrate the ten-year anniversary together.