“Four days to get to know today’s animation” – Interview with Ivan Nurchis, director

The 2022 edition of Lugano Animation Days is at the Studio Foce from Thursday October 27th to Sunday October 30th. Four days dedicated to animation cinema, for children and professionals. We talk about it with Ivan Nurchis, director and GSIFA chairperson who curated the programming together with the association’s committee.
25 October 2022
—
by Silvia Onorato
Save in favorites
Saved 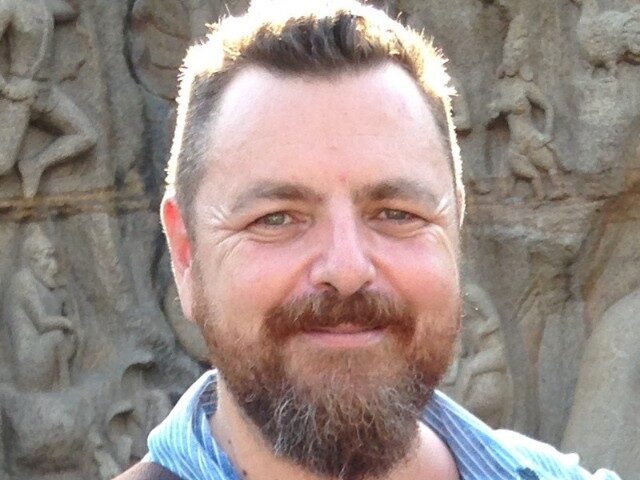 Lugano Animation Days is a film festival specialising in animation, organised by the GSIFA association (Gruppo della Svizzera Italiana del Film di Animazione). The festival includes an international competition of animation short films, workshops for children and an in-depth masterclass for professionals – this year’s guests are Fred and Sam Guillaume, filmmakers from Fribourg, authors of “Max & Co” and of “Sur Le Pont”, who will share their experience in making their films.

Four days entirely dedicated to animation. What distinguishes it from other art forms?
The big difference between animation and arts such as cinema, film and documentary filmmaking, is the kind of work which involves: of a hand-crafted nature, requiring a lot of time and a high professional level. In the animation field, even after years, we still feel like an apprentice. It is a never-ending learning process.

What is the programme for the four days?
There will be two sections: the first two days (Thursday October 27th and Friday October 28th) will be dedicated to animation for children, with screenings and workshops that will allow them to create small animations together with professionals. This will be a great opportunity to introduce children to today’s animation and to the behind-the-scenes activities.
The other two days (Saturday October 29th and Sunday October 30th) will be dedicated to professionals and families: there will be screenings of the competition, of short films and international videoclips. The part for professionals – even open to non-professionals – will consist of workshops and lectures with top experts who will explain their work and the background to their films. On Saturday there will be a special evening of live music, with short animation screenings from all over the world.

A special focus is paid to programming for children and families. What themes are proposed?
We do not place any restrictions on applications for the competition because we prefer to leave it open to anyone – from all over the world – to express themselves freely. This meant that within a month and a half of collecting applications, we received 1605 short films! 1605 short films that we screened, selected and divided into categories – some suitable for a children’s audience, others for adults and finally others that belong to the animation videoclips.

Lugano Animation Days is even a competition. What were the most surprising titles in the competition?
The biggest surprise was to receive among the nominees, the work that won this year’s International Animated Film Festival in Annecy, the world’s largest festival in the field of the animation.

This year’s guests are the brothers Sam and Fred Guillaume, directors and illustrators.
Sam and Fred Guillaume have for some years now been among the most important directors and illustrators in the field of Swiss animation. They are even pioneers: when they were very young they made the most expensive film ever produced in Switzerland – not animation, but in general. Some of their collaborators climbed the ladders, I think for instance about Claude Barras, who received an Oscar nomination in 2017 with the film “Ma vie de courgette”. Sam and Fred Guillaume have just finished a new film: at Lugano Animation Days they will present it and tell us a preview of its design and realization. Finally, they will conduct moments in-depth talks and training sessions for professionals and non-professionals – they have a great deal of experience in this field as they are responsible of the continuing education programme for animation within FOCAL.