“Fessure” (“Fissures”) is a play by Teatro delle Radici that will be on stage at the Teatro Foce from December 15th to December 18th. We talk about it with Cristina Castrillo, who wrote the script and directs of the show.
13 December 2022
—
by Silvia Onorato
Save in favorites
Saved 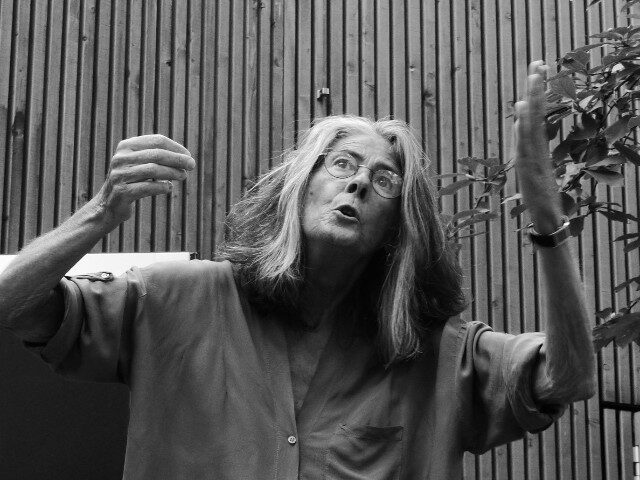 The Japanese technique of “Kintsugi”, or “the art of precious scars”, involves repairing broken shards by binding them with thin sheets of gold: as they break, the pottery comes alive through the fracture lines of the object, which becomes even more valuable thanks to its scars. Kintsugi is the art of embracing the damage and not concealing the wounds. “Fessure” is a performance by Teatro delle Radici about fractures and the difficulty of repairing what has been broken, fragmented, damaged. The show features on stage actors Giovanna Banfi-Sabbadini, Bruna Gusberti, Ornella Maspoli, Massimo Palo, Nunzia Tirelli and Irene Zucchinelli, with texts and direction by Cristina Castrillo.

What was the starting point of the play?
The deep sense of discomfort we had – not only me but my whole entourage, the actors and the collaborators who work with me: a very strong sense of discomfort, difficult to translate into our work and which during the show construction we talked more than we used to. A discomfort related to not knowing where we are placed, where we are standing and what is implied by what we call normality. A discomfort that couldn’t find a way out, until someone brought into the discussion the word “Kintsugi”, something I didn’t know, and which has in itself an extraordinary meaning: a technique and a philosophy for trying to explain how things can be repaired to give them a new life, exposing and not concealing wounds; a concept born and cultivated, not by chance, in a country like Japan. It is a poetic image that soothed our discomfort for a while, comforting us and accompanying us on the long and troubled path of building “Fessure”.

There are six actors on stage. What story do they tell?
To respond to the word Kintsugi, “Fessure” is a broken, fragmented performance – which is why it is difficult to manage. As Teatro delle Radici, we often don’t conform to a dramaturgy with an anecdotal or narrative structure; even more so, in this case we set up the show as if we had thrown a bowl on the ground, breaking it up and picking up the pieces, those little pieces that have to do with each of the people on stage. More than a communicative and totalizing story unfolding, these are small elements which, tied together, can create a community of thoughts, feelings, desires. A show whose construction presented challenges: the performance can be seen from four sides, something we had never done before, stimulating in us an investigation of how to use the theatre space, bodies, situations.

Who causes the “fissures”? Ourselves or others?
We often spend our existence trying to avoid our fissures, namely our wounds; instead of hiding them, it is necessary to regard them, keep them under control. Then, when personal wounds are fomented by a collective fissure, by a society lacking direction – something we particularly perceive – I think that the personal discomfort becomes even more difficult to manage. So, we wanted to bring to the stage the personal little things of the actors, related to a society that hardly correspond to us: a distance that was already before Covid, which has exacerbated by Covid and then by the war. What we see is a world totally temporary and lacking in real values, including culture itself: it is all part of a bowl which has broken; and we don’t know if we’re able to respond as we would like to this concern.

A fissure repaired with lacquer and gold dust becomes immediately visible. Is there also a call to others, when we repair ourselves?
The performance portrays only minimal points of contact between actors: the whole work is constantly managed in space, but there are no dialogues between people. This was not intended at first, but it came that way in the construction of the show, and if it came that way, there is some reason: attempting to repair oneself with a thread of gold is a deeply intimate, individual activity; the goal is not so much to show the wounds to others, but, by repairing, to attempt to give a new beauty to what has been broken. Perhaps it is in the hope of building a new beauty – very euphemistic, at this moment – that lies the opportunity of healing wounds.

What do you think allows us to mend our wounds?
Assuming it is possible – lately I’m not very optimistic…
I think it is possible through creative work: considering the theatrical profession as I understand it, I feel that over more than 53 years, many of the broken pieces that we constantly carry with us have taken shape in creative material from shows we have put on. I find it important to see these broken pieces, molded into a beautiful, curated, or even representative shape; not so much to expose a discomfort (the viewer doesn’t even have to know precisely about it), but to use the discomfort in one’s craft to see, not to fool oneself, and to come to terms with. In this sense, one’s own wounds are a treasure. To do through one’s work what the Japanese do with a bowl that breaks: to look for what is the right little gold to try to mend, building something else; a creative mechanism that sometimes allows one to heal something of the disaster in which we are all implicated, even if we don’t want to admit it – sometimes, not always. I think this is the secret by which we resist discomfort and concerns.

“Fessure” is at the Teatro Foce from 15 until 18 December.
More information: foce.ch