October and November films from Club Cult and Cinema in Tasca

Starting in October, the historic film festival curated by Agorateca returns: Club Cult and Cinema in Tasca (Cinema in the pocket). Let’s discover the upcoming films on the programme.
11 October 2022
—
by Team Agorateca
Save in favorites
Saved 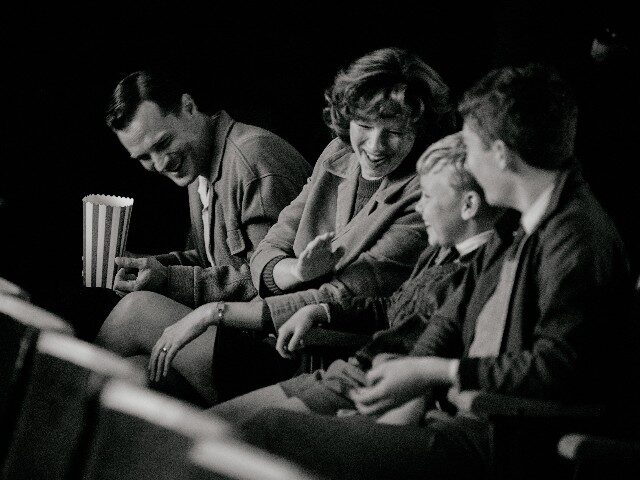 Club Cult is the intimate and popular festival that has been inviting everyone to meet and rediscover a selection of films since 2007. This year Club Cult is Original Version, i.e. it offers film in the original language and with Italian subtitles. Screenings are on Sunday afternoons (at 17:30) at the Studio Foce. Cinema in Tasca, now in its 27° edition, proposes the great films of the last movie season at the Palazzo dei Congressi, with two screenings on Wednesdays (at 18:00 and at 20:30). Two festivals with a price to suit all budgets: the ticket for each screening costs CHF 5.-, CHF 4.- if in possess of a MyLugano Card or MyLugano Pass-

Downton Abbey II – A new era
Directed by Simon Curtis and written by Julian Fellowes
1928. Violet Crowley, Countess of Grantham, has just inherited a mansion in the South of France, which she would like to bequeath Sybbie, Lady Sybil and Branson’s daughter. Meanwhile, a director chose Downton Abbey as location for his next film, news that generates excitement, especially in Daisy and Anna, who are thrilled to meet their film idols in person. The family then takes advantage of the film crew’s arrival to visit the villa in France.
Keywords: cinema, aristocracy, progress
Chosen because: A carefully scripted and packaged film that can entertain the spectator with fascinating characters while offering a reflection on change and modernity through the progress of the film industry.
Cinema in Tasca. Screening on 12.10 at the Palazzo dei Congressi.

Belfast
Written and directed by Kenneth Branagh.
In late 1960s Northern Ireland, young Buddy lives in a context of working class’s struggles, cultural change and a sectarian violence. He dreams of a future that will take him far away, but in the meantime he finds a consolation in his charismatic parents and in his spunky, fairy-tale grandparents.
Keywords: conflict, disruption of everyday life, childhood
Awards: Best Original Screenplay to Kenneth Branagh at the Oscars 2022 and the Golden Globes.
Chosen because: One of the film’s strengths is reading a historical event, which touched an entire community, from the director’s autobiographical experience. The narrative is sincere and emotional without resorting to action or the spectacularization of war. A film that has the merit of touching the spectator’s soul with its sobriety, which is synonymous with essentiality and not dryness.
Club Cult. Screening on 23.10 at Studio Foce.
Original English version, Italian subtitles.

Lunana
Written and directed by Pawo Choyning Dorji.
Struggling with the job he chose, Ugyen is disappointed to learn that for his final internship year he will be sent to a school in Lunana, northern Bhutan, where he arrives after seven days of hard walking. The high altitude and the lack of the most basic things would prompt Ugyen to leave as soon as he arrived, but briefly the local children soon try to win over him. However, they do not have much time: Ugyen will have to make a decision before the arrival of the freezing winter blocks him in the Himalayas.
Keywords: modernity and tradition, music
Awards: Nominated for an Oscar in 2022 for best international film
Chosen because: Educational story set in a remote country which we actually know very little about Bhutan. A story of rediscovery, of oneself and of what surrounds us but often we don’t see.
Club Cult. Screening on 20.11 at Studio Foce.
Original version, Italian subtitles

Cruella
Directed by Craig Gillespie and written by Dana Fox and Tony McNamara
Young Cruella Devil is an emerging fashion designer, as beautiful as she is rebellious. The Baroness, director of a prestigious fashion house, helps her to leave the darkness and succeed.
Keywords: fashion, ambition, London
Awards: Best Costume Design to Jenny Beavan at the Oscars 2022
Chosen because: Craig Gillespie is a director known for the nonconformist comedy and his screenwriting skills. It is fascinating to bring on the screen one of the most iconic “villains” played by one of the most talented actress of the moment and to set the film in London, one of the cities where fashions are continually coming out.
Cinema in Tasca. Screening on 30.11 at the Palazzo dei Congressi.