“Recounting what is missing” – Interview with Pablo Gershanik

“52” is a monologue written and interpreted by Pablo Gershanik, produced by the Compagnia Finzi Pasca. The show, presented at the Teatro Foce on December 7th and 8th, is the result of a personal and social research conducted by Gershanik on the role of art in the elaboration of a trauma. We talk about it with the protagonist.
6 December 2022
—
by Silvia Onorato
Save in favorites
Saved 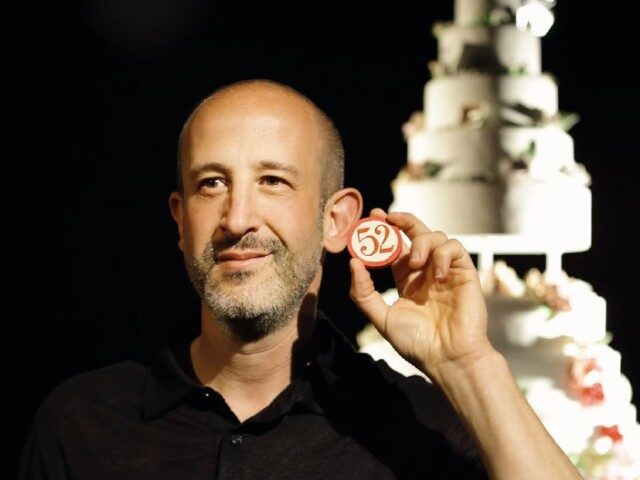 How did the show “52” come about?
In 2017, the ESMA Museum and Site of Memory in Buenos Aires invited me to a two-month stay for a museum project on the construction of memory in a metaphorical sense – the museum itself was an emblematic place of the crimes committed during the military dictatorship in Argentina, a place where more than five thousand people disappeared and death flights were organized. This gave me the opportunity to return to Argentina – although I was born there, I grew up in Mexico – and to rediscover a complex family history: the murder of my father, a paediatrician and passionate rugby player who was killed in La Plata in 1975. For this project I decided to make a scale model of the city where I was born, La Plata. La Plata is a peculiar city because it is one of the few in the world that was designed before being built. In fact, it was founded at the end of the 19th century, when Argentina was still a land of possibilities, and when the idea of building utopian cities was still present – the result was therefore a perfect city, which however had something missing; in my case, my father. The starting point for making a scale model was to ask myself what it means to reconstruct a tragic event, for a person but also for the community. So, I went on a journey of personal archaeology, putting together all the fragments of a true story with the intention to tell it in another way; in addition to my own family history, I undertook research work to find out what the world was like at the precise moment when my father’s murder took place: what other things happened on April 10th 1975, in the city itself but also in other towns, in terms of everyday life but also in terms of historical events. I collected testimonies of all kinds: graffiti on walls, posters, films and music of the time, political propaganda, social conflicts. The title I chose for this project is “80 bullets on the wing”, because when my father was killed he was hit by 80 bullets, and he played rugby as a wing; I also wanted to evoke the idea of an interrupted flight. The project won the Graduate Prize of the creation residency at the Centquatre in Paris and at the Cité Internationale des Arts. Later, I was invited to give the project a theatrical guise at a theatre festival; I thus proposed to Daniele Finzi Pasca, with whom I’d already previously collaborated, that we work together again.

Different stories come to life on the stage from the map of La Plata. What stories are these?
One of the principles of the Compagnia Finzi Pasca is to find an indirect way, an alternative path to tell difficult stories; through emotion we can transform painful moments and express them. On the map of the city – which is made to measure for my father, 184cm x 184cm – three stories chosen by Daniele and me intertwine. The first is that of a wedding – it is nice that along with a story of death there is one of love: a French girl and a boy from La Plata get married in the city’s cathedral, and for the occasion the French family meets the Argentine one. However, they do not speak each other’s language, and it is difficult for the French family to understand the political situation of Argentina; furthermore, both sides have a perception of the other which is influenced by prejudice. A meeting point for the families is rugby, which opens a breach and allows everyone to participate in the joy of the marriage. From the wedding party hall, some guests see the murder of Mario, my father – the second story. Finally, the third story intersects the first two: the drawing of an imaginary lottery that takes place in a nursing home evokes numbers, each one associated with an episode.

Why 52?
La Plata is a perfect, square-shaped, symmetric and mathematical city. Hence, all its streets are numbered: there’s street 1, street 2, street 3 and so on. When it was built, the town planner Pedro Benoit decided that all the offices and public buildings were to be located exactly in the centre, between street 51 and street 53, taking up the space supposed to be street 52. 52 is therefore the space that the perfect city lacks – a metaphor for what utopia lacks.

What did building a scale model bring to you?
First of all, the opportunity to step out my natural perspective, as well as that of my family and society, in considering my personal story and telling it. Also, a scale model allows you to have a top-down and 360-degree perspective and to condense personal and social monuments into little puppets that you can interact with, play with and make jokes with.
Presenting the scale model in Argentina and France, I received an unexpected response from the public: some people recognised places represented by the scale model, other people told personal anecdotes related to places; others knew the story of my father or my father himself. This gave me the certainty that a personal story is never just a personal story: it is collective.
Moreover, when I was in France shortly after the attacks on Charlie Hebdo and the Bataclan, I asked myself what the role of art could be in the face of unbearable wounds, both personal and social; I answered not with the traditional theatre writing, but by proposing that people create scale models to give voice to their stories. I therefore founded the Laboratoire de Maquettes intimes, where each person who has lived a traumatic or emblematic experience works for a week together with others, initially through acting with objects, then by making their own scale model – guided by a spirit of encounter with other people’s stories.

What did you discover through the workshop?
I discovered that human drama is everywhere: when we ask each other “is everything ok?”, we always answer “yes”; but if we ask again, then dramas come out. Pain is not visible in a direct form: one cannot tell directly a painful story, but one has to find the shadow, an alternative way. Normally, traumas are solitary experiences, in that we are alone in front of our own ghosts; making them dance with the ghosts of other people reduces them. Creating an object and finding a mental space to find a dialogue with oneself and others through the object. The story is not the point, the point is what we do with the story: we cannot change the facts we have experienced, but we can change the way we tell ourselves the story, and in this others are necessary.
Then, there’s no thermometer for drama: everyone lives their drama in a passionate way, and everyone can imagine multiple ways to tell their passion. Finally, all those stories that we can’t process – the personal and social silences – become issues and wounds.