The fourth Visarte Talks in 2022 is on November 2nd at Studio Foce. The guest of this meeting is artist Lucas Herzig, in dialogue with Riccardo Lisi, who organised his first solo exhibition at the “Rada” of Locarno in 2012.
27 October 2022
—
by Silvia Onorato
Save in favorites
Saved 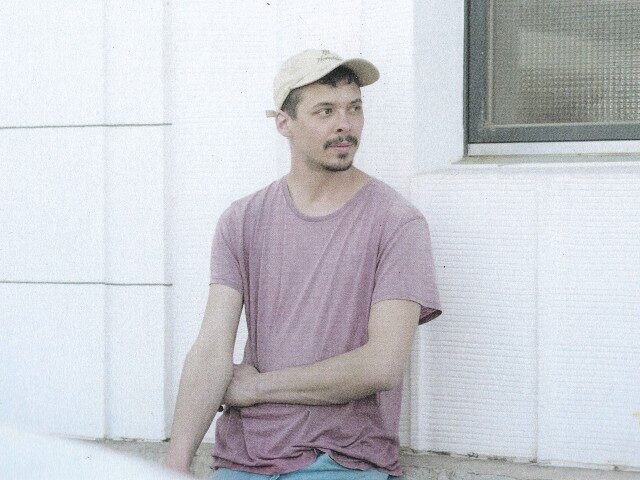 Lucas Herzig (1988), from Pura in Ticino, works in Zurich. He studied visual art at the Haute école d’art et de design (HEAD) in Geneva, then contemporary art practice at the Hochschule der Künste (HKB) in Bern. The sculpture of Lucas Herzig employs poor materials such as papier-mâché, recyclable wood, red soil and often shows performative aspects. The meeting will take place at the Studio Foce, while the MASI Lugano (Palazzo Reali) is hosting his solo exhibition on the occasion of the award of the Manor Ticino Prize.

When did you start creating works?
In high school I always drew a lot, so I decided to study art in Geneva. It was during my education that I started to create my first works. Education made me move away from drawing a bit, since it pushed me to use paper in a different way.

Since your first exhibition (“La gran secca” 2012 – “The big dry”), one of the main materials in your works has been paper. What kind of material is it for you?
Since I’ve always drawn a lot, paper was first a projection surface for me, two-dimensional. Over time, following the idea of seeing things in a different way, I started to use it in a plastic way, folding it, tearing it and adding glue to make papier-mâché, making it almost clay. It therefore became a projection material for me, three-dimensional.

Your works question us on the identity of what we see. In your opinion, is what we see really what it appears to be?
What we see is always a subjective interpretation. I really like to work on the difference between what appears and what is, which is why I often make works which imitates a material. It’s like putting on the skin of something else. For instance, a work made of wood and covered in drawings or papier-mâché; it is not so clear what lies behind the appearance.

Your works suggest familiar-looking objects and symbols placed in an unusual location (“I piedi nel cemento” 2021, “Soft Core” 2020). How did this idea come about?
With “I piedi nel cemento” (“Feet in cement”) I put objects found in different places in contact with each other, perforated and connected by a cable, creating a garland of new connections. With “Soft Core” I attempt to evoke symbols through figurative elements which resemble something: they are not clearly traceable, nor do we know where they come from, but they are tied together on a steel frame. The idea is both to take objects out of their context and to create a new overall meaning emerging from the composition of different objects. I think that the purpose of many artists is to find a new way of looking at things and to dwell on new meanings.

Some of your works are installations in which the public can interact. What state of mind do you wish to arouse in the public?
By using paper in a plastic way, I’ve started to consider the space I work in differently: the layout in a room becomes a kind of three-dimensional sheet of paper. Works such as “La gran secca” or “Andererseits” allow you to physically enter the work, to confront it, to be part of it, part of the composition. I therefore want to provoke a kind of surprise.

This year you received the Manor Ticino Prize and for this occasion the MASI is hosting your solo exhibition titled “e spesso intendo sempre” (“and often I mean always”). What does this award mean to you? Which works are on display at MASI?
It meant a lot to receive this award: for me, the work of artist is often unrewarding – one works a lot, sells little or doesn’t make a good living from it. Exhibiting in a museum space and having an entire floor to myself is an important recognition and a great emotion.
Only new works are exhibited at MASI – apart from two small ones. One of them takes up the path of “I piedi nel cemento”: built with 250 found objects, screwed onto a corridor wall following a geometric pattern, like a sort of wallpaper. There are even wall sculptures made of papier-mâché, while for the first time I’m showing a video of small organisms eating wood from the archaeological sites in Switzerland, thus consuming the Swiss history. There are also two large drawings in chalk on paper representing two knees –I don’t usually exhibit my drawings, I keep them to myself. Finally, the last room is the one of the sequel to “Soft Core”: a frame with steel cables supports different papier-mâché figures.

What are your next projects?
First of all, a nice holiday, looking at art and not making it. In spring I’m invited to the Bex Art Triennial, which takes place in a private park that is opened to the public every three years. I will therefore create a work in the open space, with materials that will withstand the weather. A nice project to participate in, and a new challenge.