“What to do with freedom?” – Interview with Otello Cenci

"Liberi tutti!" (“Free everyone”) tells the story of a puppeteer who wishes to set his puppets free. Inspired by "La Sorpresa" (“The Surprise”), a comedy in two acts by Chesterton published posthumously in 1952, "Liberi tutti!" will be at Teatro Foce on 20 January. We talk about it with Otello Cenci, who wrote the script and directs the play.
17 January 2023
—
by Silvia Onorato
Save in favorites
Saved 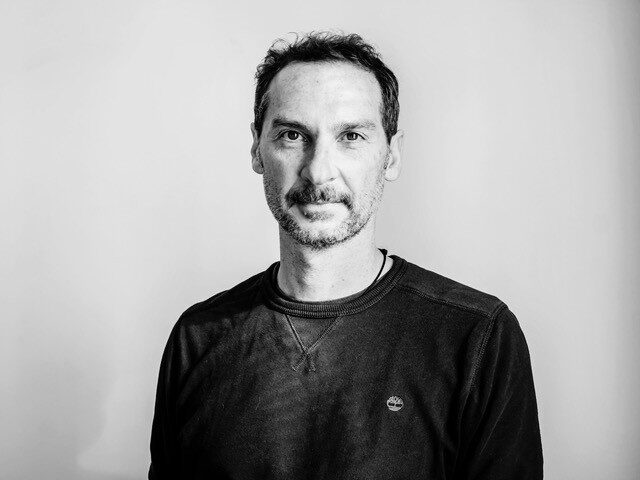 “Liberi tutti!” is a play freely inspired by a work by G. K. Chesterton: “The Surprise” is a comedy in two acts written in 1932 and published posthumously twenty years later. Otello Cenci and Giampiero Pizzol’s play, “Liberi tutti!”, rereads its plot in a contemporary key: the protagonist is a puppeteer with a noble heart who writes a simple, fairy-tale comedy to demonstrate that it is possible to tell a story without bad characters and evil deeds. The bet is won, but the puppeteer is not satisfied. For his puppets he wants a more ambitious future, he does not want them to interpret his work with obedience: for them he dreams of the miracle of being, and not just acting. The play focuses on man and the questions that animate him, addressing the themes of free will, love passions and the desire for happiness.

Chesterton’s “La Sorpresa” is the starting point for the adaptation edited by you and Giampiero Pizzol. How did you choose it?
“The Surprise” is one of Chesterton’s lesser-known texts, written for the theatre of his city; it has a simple plot, that is, a puppeteer asks for his puppets’ ability to act freely – a beautiful challenge and a provocation for each one of us, because it asks us if and when we are able to desire the freedom of those around us – our family members, our friends, our work colleagues; it asks us when we are willing to love and defend the freedom of others. Important themes, addressed by Chesterton with the irony, lightness and poetry that characterise his works and make them accessible to all. We have therefore personally confronted these themes, adapting the text, with the addition of a concluding third act that represents a surprise.

The play has a theatre-within -theatre approach. What is Chesterton’s reflection?
A few years earlier Pirandello had written ‘Six Characters in Search of an Author’, inaugurating meta-theatre, driven by the desire for an authentic theatre capable of showing the truth of a lost man. Pirandello deals with a conflicting and unresolved relationship between author and character. Chesterton responded to Pirandello’s dramatic text by grappling with the same theme – freedom – that is both an opportunity and a problem for man. The result was a play. This is because in Chesterton’s text there is an author, the great puppeteer, who although upset by the choices determined by free will, agrees to side with his creatures and support them in their journey.

From “La Sorpresa” to “Liberi tutti!”. How is surprise related to freedom?
We chose the title “Liberi tutti!” because the show is a hymn to freedom; a hymn to freedom in spite of all the risks and problems it entails, because it is the only possible path to fulfilment for any person. Man is truly himself, only and exclusively if he has the possibility of exercising his deepest freedom of choice.

Do puppets feel the shift from a predetermined life to freedom?
The first act takes place in a logical and preordained manner; in the second, confusion reigns supreme because each person chooses according to his or her own criteria. The passage is a delicate point which is only hinted at in the original text, and which we have instead decided to amplify through a few scenes. The passage is perceived rightly as an unprecedented possibility of choice: there are those who accept it as a problem, as an extra difficulty; there are those who indulge in it irresponsibly, blindly following their own will and taking the easiest decisions. One constant of the puppets, however, is that in all of them there remains a kind of melancholy for what they have lived through idyllically, innocently adhering to a superior design: a preordained plot. Freedom of choice is, after all, a burden, at the same time it is the most revolutionary and interesting act, which brings out the personalities, needs, desires, strengths and weaknesses of the performers: it brings people to life. It is in this second act so full of surprises, of changes, of clashes, that the audience recognises itself and becomes involved. After all, they see the game that each of us plays every day.

The play deals with free will, one of the most recurring themes in the history of thought. What is Chesterton’s argument for freedom?
Free will is not necessarily rebellion, anarchy, disobedience; free will is essential for man to be fulfilled, that is, for him to grasp the possibility of adhering to his own reality, his own desires, the purpose for which he is made. It may seem the easiest path, but it is not the most obvious. Freedom is the possibility to dance to the rhythm of the music one feels in one’s heart.