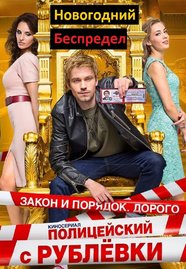 The full-length feature film based on the eponymous series tells us about new misadventures of a young criminal investigator – a daredevil – Grisha Izmailov. On New Year’s Eve, Izmailov discovers that he is running the risk of becoming unemployed in the coming year – there are plans to disband the police department charged with maintaining public order in the elite Rublyovka district. Grisha decides that if one needs a helping hand, one will find it at the end of one’s own arm. And he organizes a New Year’s Eve bank robbery to become the one to brilliantly solve this case.