Lugano Human Rights Film Festival returns from October 19th to October 23rd: five days dedicated to quality cinema which stimulates reflection on human rights. A programme of 26 titles from all over the world, in-depth meeting and discussions with local and international guests, and an exhibition.
13 October 2022
—
by Silvia Onorato
Save in favorites
Saved 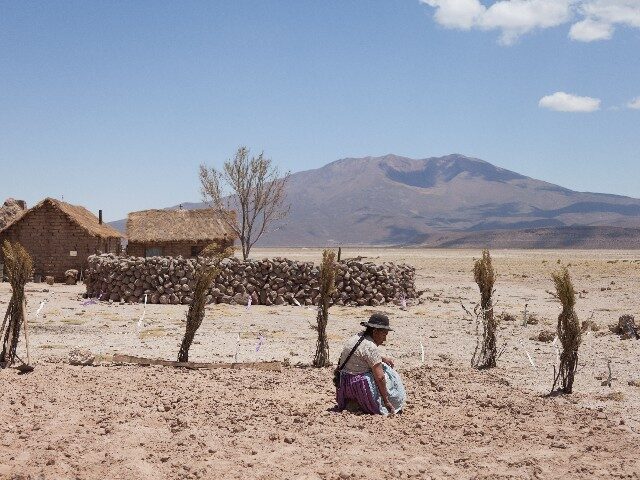 Since 2014, Lugano Human Rights Film Festival has offered a selection of quality films that focus on human rights, their violation, their conquest and reconquest. An opportunity to learn and reflect, thank to in-depth meetings and discussions that follow the various screenings, with experts, directors, protagonists and international and local guests. The festival, organised by the Fondazione Diritti Umani (Human Rights Foundation), collaborates with institutions and NGOs such as Sacrificio Quaresimale, Amnesty International, Medici senza Frontiere, united in the aim of promoting awareness about the human rights situation, which like society are constantly changing. A festival that focus on proposal for young people, dedicating part of the programming and meetings to students of the canton.
The five days include a selection by Antonio Prata and his team: 26 titles, including 6 short films, 9 Swiss premieres and 15 premieres for the Italian-speaking Switzerland, screened at the two historic venues of Cinema Corso and Cinema Iride. The essential topic of the Festival is the war, given the current situation in Ukraine, in the neighbouring regions, and in a broader sense all over the world: there are many war zones experienced by the filmmakers, who question the conflicts’ causes with their stories. But there are also different struggles afflicting the world today: from climate change to migration issues and freedom of expression.

The Festival programme is opened by a Swiss premiere: on Wednesday October 19th, after the first screening for schools, “Minsk” by director Boris Guts represents on the screen the everyday life of a young couple intertwined with the protests of the Belarussian population against the 2020 presidential elections (19.10, at 17:30, Cinema Corso, followed by the discussion “Bielorussia: il nuovo regime del terrore” – “Belarus: the new regime of terror”). In the evening, the official Festival opening with “Gli orsi non esistono” (“No Bears” – 19.10 at 20:30, Cinema Corso): two love stories by the Iranian director Jafar Panahi, who was arrested in July 2022 and is waiting to serve six years, due to his investigations into the detention of another director.
On Thursday October 20th, we move to Indonesia thanks to “Yuni” (20.10 at 15:30, Cinema Iride), the story of a young girl torn between respecting traditions and pursuing her dreams, by director Kamila Andini. “Europa” (20.10 at 17:30, Cinema Corso), by director Haider Rashid, is about migration: the story of a young Iraqi on the border between Bulgaria and Turkey who tries to enter Europe (followed by the meeting “Fortezza Europa: la deriva dei diritti” – “Fortress Europe: the drift of rights”).
With “The Return: Life after ISIS” (20.10 at 18:15, Cinema Iride) by director Alba Sotorra, we can hear the testimonies of Western women, who in teenagerhood joined ISIS. The day will end with the Swiss premiere of “Mariupolis 2” (20.10 at 20:30, Cinema Corso), a documentary film commissioned and started by director Mantas Kvedaravičius and completed by his historical collaborators, after his killing in June 2022 during the conflict in Ukraine. The screening will be followed by the meeting “Sopravvivere e resistere alla violenza della Guerra” (“Surviving and resisting the violence of War”).

On Friday October 21st, the screening of “Je suis Noires” (21.10 at 15:30, Cinema Iride) by directors Juliana Fanjul and Rachel M’Bon: a documentary film which shows the struggle of some Swiss women of African descent against racism. This s followed by “Mariupolis 1” (21.10 at 17:30, Cinema Corso), a 2016 film by director Mantas Kvedaravičius, in which he tells about the story of the Ukraine town of the same name on the war eve (in closing, in-depth discussion “La poesia come testimonianza, resistere alla paura” – “Poetry as testimony, resisting fear”).  “Instruction for Survival” (21.10 at 18:15, Cinema Iride), by the director Yana Ugrekhelidze, tells the story of a transgender person living in hiding (followed by the meeting “Il diritto all’identità” – “The right to identity”). On Friday October 21st the Human Rights for the Author 2022 prize will be awarded to the French-Cambodian director Neary Adeline Hay, for her work on the Cambodian genocide, for her transmission and her psychological processing through different generations. Two of the director’s works will be presented during the festival: following the award ceremony, the Swiss premiere of “Eskape” (21.10 at 20:30, Cinema Corso) will be screened, while on Saturday October 22nd, “Angkar” (22.10 at 15:30, Cinema Iride) will be screened, followed by the discussion “La Cambogia, tra memoria e riappacificazione” (“Cambodia, among memory and reconciliation”).
On Saturday October 22nd, the festival opens with a focus on schools: first, with screenings of several short films on human rights made over the past 30 years by students of the CISA Locarno (22.10 at 11:00, Cinema Corso). Afterwards, the presentation of a new project involving Cinema students of AKS in the Saharawi refugee camp of Tindouf (Algery) and the CISA of Locarno, which will meet (22.10 at 14:00, Cinema Corso), with the screening of three short films. Two Swiss premieres will follow: “Myanmar Diaries” (22.10 at 17:30, Cinema Corso) by a collective of ten anonymous Burmese young directors who tell the rough events of their country (followed by the meeting “Myanmar – quale speranza per la democrazia?” – “Myanmar – what hope for democracy?”), and “El Arena” (22.10 at 20:30, Cinema Corso) by Jay B. Jamal, regarding the underground world of rappers from the Middle East (followed by the meeting “Ritmo e poesia oltre la nera cortina” – “Rhythm and poetry beyond the black curtain” with Inoki and Chiara Fanetti as guests).

On Sunday October 23rd, four screening at the Cinema Corso during the conclusive day of the festival. The first focuses on the consequences of climate change in Bolivia, “Utama” (23.10 at 11:00, Cinema Corso) by director Alejandro Loayza Grisi, followed by the meeting “La nostra casa è in fiamme” (“Our home is on fire”), in collaboration with Sacrificio Quaresimale. After the presentation of the Carla Agustoni journalistic prize, it will be screened “Little Palestine. Diary of a Siege” (23.10 at 14:00, Cinema Corso) by director Abdallah Al-Khatib, a recorded diary about the lives of Palestinian civilian refugees in Damascus during the siege by the Syrian regime. “Klondike” (23.10 at 17:30, Cinema Corso), by director Maryna Er Gorbach, tells the story of a Ukrainian family living on the Ukrainian-Russian border, when the war in the Donbass started in 2014 (followed by the in-depth discussion “La guerra e la sua dolorosa penetrazione nella dimensione quotidiana” – “War and its anguishing penetration into the everyday dimension”, in collaboration with Medici Senza Frontiere). Finally, the festival concludes with the film “Alcarràs” (23.10 at 20:30, Cinema Corso), with which director Carla Simón received the Golden Bear at the 2022 Berlin International Film Festival: a family drama about the disappearance of traditional agriculture.
Completing the offer of the Lugano Human Rights Film Festival is an exhibition intitled “Finestre sull’Altrove. 60 vedute per 60 rifugiati” (“Windows on Elsewhere. 60 views for 60 refugees”), a project by architect and designer Matteo Pericoli, an Art for Amnesty International project which tells the different stories of 60 refugees from various parts of the world. The exhibition with free-entry is set up at Villa Ciani and open to the public from October 18th to October 23rd.

The 9th edition of Lugano Human Rights Film Festival is from 19 to 23.10 in Lugano at the Cinema Corso and the Cinema Iride.
More information: festivaldirittiumani.ch