“La regina della neve” (“The snow queen”) is a show for children which talks about digital addiction. “The snow queen” will be staged on 26 August at Teatro Foce, during the Summer Family season. We talk about it with Livia Gionfrida, director and playwright of the show.
16 August 2022
—
by Silvia Onorato
Save in favorites
Saved 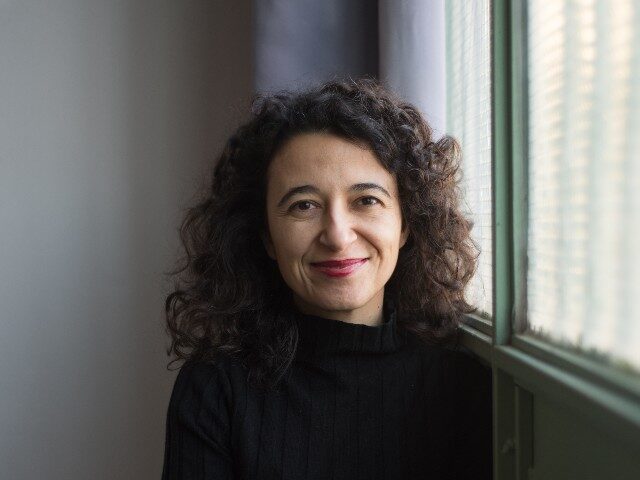 “The snow queen” is a show by the Teatro Metropopolare company, which is based on a classical by Hans Christian Andersen with the purpose of informing young people of the dangers of digital addiction. We talk about it with Livia Gionfrida, director and playwright of the show.

“The snow queen” is a fairy tale written by Hans Christian Andersen more than 150 years ago. Who are the main characters?
“The snow queen” is a story of friendship and bravery, whose main characters are two children; a fairy tale very well-structured and rich of drawers to open. Among the many possible paths, I chose to tackle the theme of digital tools’ addiction. In my opinion, it’s a topic that is important to talk to children about, making them reflect on risks they could face. The protagonist, Kai, comes across a very fascinating character, the snow queen, protagonist of a videogame called “Ice castle”: a videogame in which Kai gets lost, trapped by countless levels. Falling into oblivion, Kai forgets everything: about real life, about his-self, about his loved ones. To save him is his friend Gerda, brave heroine, who takes Kai out of the videogame through a rose, symbol of their friendship and of the nature.

The topic of this new version is the technology: nowadays children don’t get lost in a wood anymore, but in a digital forest. What are the dangers they face?
In the show, dangers are translated using Andersen’s story. To recover Kai, Gerda faces several characters, such as memory-eating bins, magic flowers, combs that make forget friendship. The greatest danger, which threatens everyone, is to forget: to forget where we come from, our loved ones, relationship and nature.

In the show the question is asked: “How much time have I lost?”. Digital addiction is a topical issue even for adults. Does the show contain food for thought also for us?
Yes, it does, because the topic of digital tools’ addiction affects everyone; this can create paradoxical circumstances in families. It is easy to ban children from using the devices, while parents are those who use them all the time. How much time do we spent in front of the screens? How much time do we spent instead to contemplate nature? There is a deep reflection to do, which is fundamental for our age, just as we’re destroying our natural habitat without realizing it, distracted as we are from our screens.

Digital tools have several applications considered useful, such as online learning. How can they be distinguished from harmful ones?
Digital is a tool and like every tool it is neutral: therefore, it’s necessary understand risks related to the use of the tool. It is known, talking about this theme with people, that a lot of people are unaware about the potential hidden dangers of social media and videogames on the internet and proposed to children. Moreover, I think that Covid-19 favoured the excessive use and an uncontrolled spread of digital – those who did not yet have the devices bought them. The danger of getting sucked into an addiction is serious.
The solution, in my judgement, is awareness: from awareness comes protection, which actualizes in limiting the duration of digital use and in choosing quality product.
By spending less time on digital allows one to dedicate more time to real and direct relationships, with one’s friends, with nature; it’s not a question of point of view, it’s an empirical truth demonstrated by life itself: this is what makes us happier.

Nowadays, we talk about the future in terms of Metaverse and virtual reality. Are we maybe at a turning point to rediscover real relationships?
Unfortunately, I’m a pessimistic about the direction towards isolation we took during the pandemic, initially a result of a forcing, but now became a habit. I work often with the Metropopolare group in schools and I’m in touch with young people: a lot of teenagers stay at home even if there are no more restrictions and it’s allowed to go out. There is a sort of difficulty to find again reality and nature. In this sense, for me the theatre goes against the grain: in an age of isolation, the theatre is a tool and a meeting opportunity – whether this happens on the street, in a park, at school, in jail, it doesn’t matter. With the theatrical activities I hope and I fight so that the encounter will once again be the protagonist of our life.

“La regina della neve” will be staged on 26 August at Teatro Foce, during the Summer Family season.
Learn more: luganoeventi.ch