"Giostra" (“Merry-go-round”) is the first theatrical work by the Agemò Teatro company, winner of Testinscena 2022 by the Claudia Lombardi Foundation for Theatre. "Giostra" will be staged on 21 and 22 January at Teatro Foce. We talk about it with Gerardo Benedetti, who stars and directs the play.
19 January 2023
—
by Silvia Onorato
Save in favorites
Saved 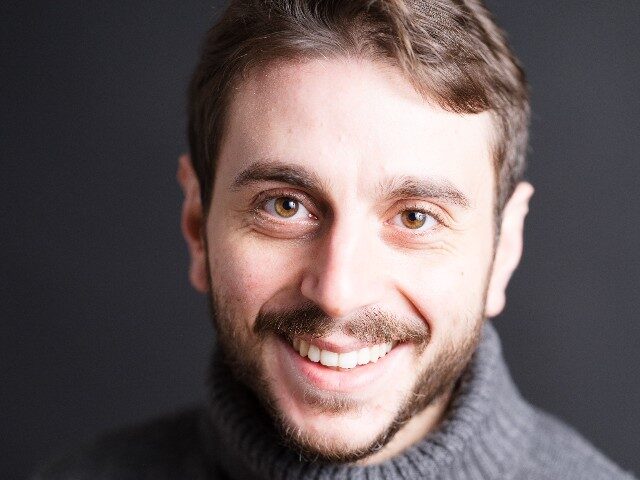 “Giostra” tells the story of a married couple whose routine is a cosy ritual into which they sink, making marriage a sterile deception. What changes things is perhaps the arrival of a lover. The play, based on a text by Michele Ruol, is staged by the Agemò Teatro company, founded by actors Gerardo Benedetti, Anna Manella and Monica Buzoianu. We talk about “Giostra” with Gerardo Benedetti, actor and director of the play.

How did the play come about?
The play was born from a personal need to try to create something of my own, in particular to form a theatre company. Before forming the company, however, I wanted to have a text on which to work from a directing as well as an acting point of view: in fact, I studied as an actor to know how an actor works and to use this knowledge as a director. I was listening to podcasts produced by the Piccolo Teatro di Milano based on some texts by contemporary authors contained in the collection “Abbecedario per il mondo nuovo”, when I came across a text by Michele Ruol. In a crazy and stubborn way, I tracked down his phone number and called him, asking “Do you have a text for me?”. Michele indulged my audacity and sent me a shortlist of texts, from which I chose the one for the play ‘Giostra’.

“Giostra” is the story of a couple. Who are the two main characters?
The protagonists are husband and wife, whose marriage is characterised by routine: the text is a constant search for repetition, so much so that it does not develop with the typical dramatic diachrony but proceeds by repetition. Similarly, scenes are constantly repeated, until they drift into absurd contours. What is brought to the stage is a frayed relationship, in asphyxiation, which nevertheless tries to survive and which is incorporated into a love triangle. We are recounting dynamics that perhaps many can find in relatives and acquaintances: relationships that remain standing out of habit and comfort, because one does not have the courage to make the most difficult and painful but, in the end, decisive choice.
An element of the text that I used as a guideline for the staging is choice: the three protagonists do not choose, and by not choosing they are devoured by life, which becomes a blind mechanism, a deadly merry-go-round.

The couple has two children. What role do they play in the story?
The two children, who are only mentioned, complete the concept of family that this text has allowed me to work on. The family today is in fact a nucleus of society where falsehoods and habits sometimes lurk, where the very maintenance of children contributes to maintaining a facade relationship that satisfies the expectations of others.

Why is the routine triggered? Is it the result of an initial choice? Is there a way out of it?
The routine arises precisely because all the characters shy away from choice, and these non-choices accumulate until they collapse like an avalanche. To get out of it one would have to choose; at one point in the play the husband wants to explain and make the situation clear, but even then he chooses not to choose. Finally, the happiness of the three characters, wife, husband and lover, comes through the acceptance of a new routine, forming, in fact, a new family.