University professor of media studies, Gabriele Balbi will tackle the theme of digital revolution and transformation at the conference called “La trasformazione digitale. Storia e futuro” (“Digital transformation. History and future”), along with Serena Cangiano, Pablo Creti and Gianni Giorgetti. Conference on 30 August at the Darsena of Parco Ciani.
16 August 2022
—
by Silvia Onorato
Save in favorites
Saved 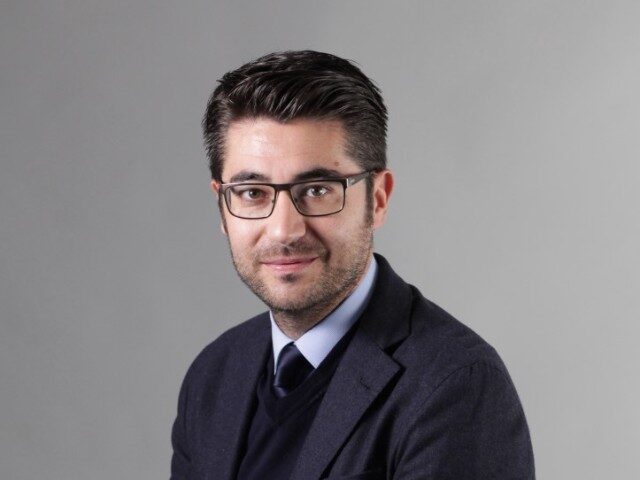 Gabriele Balbi is a university professor of media studies at the Institute of Media and Journalism (IMeG), Faculty of Communication, Culture and Society at USI Università della Svizzera italiana. Among his roles he holds the position of program director of the Bachelor in Communication, of the China Media Observatory (CMO) and vice director of the Institute of Media and Journalism, chair of the ECREA Communication History Section and vice chair of the ICA Communication History Division. After getting a PhD, he dedicated to teaching and he has been lecturer and visiting professor at several universities: Harvard, Maastricht, Columbia, Westminster, Northumbria, Perugia, Augsburg e Concordia. Throughout the conference “Digital transformation. History and Future”, Gabriele Balbi will start from his book entitled “L’ultima ideologia. Breve storia della rivoluzione digitale” (“The last ideology. Brief history of digital revolution”) to discuss narrations based on the concept of digital revolution and transformation along with Serena Cangiano, FabLab SUPSI director and coordinator of the International Design course; Pablo Creti, manager of the digital sector, Culture and Society Department, Radiotelevisione svizzera (RSI); and Gianni Giorgetti, managing director of tio.ch and “20Minuti”.

The title of your last book is “The last ideology. Brief history of digital revolution”. Why ideology? Why “last”?
We are living in a digital revolution – or digital transformation, how it is called now– which contains in itself an ideological element, by which I mean “ideological” as purified from all the negative connotations gave to this term over the XX century, because of political totalitarianism. “Ideology”, originally, stands for world vision, something that can explain all phenomena to most human beings; a cultural hegemony is useful to impose and guides behaviours. Nowadays we cannot say we live in a digital revolution: all ambitions, dreams, contemporary myths have something to do with digital revolution.
The adjective “last”, instead, can have three main meanings. “Last” because in chronological order is the most recent one and it is the heir of the great revolutionary traditions of the past – I think about the fire revolution, book revolution, industrial and French revolution. Nevertheless, “last” even due to the fact it’s the ultimate cause of the other contemporary revolutions, with which it is continually intertwined and which it causes. I don’t think it’s the last possible revolution, third possible meaning of the adjective, but from my point of view at the moment it’s hard to see another stronger revolution.

From a historical perspective, has there been a turning point in the digital revolution?
There have been many turning points. Among the most significative there are the 40s of the Second World War, age in which it was born the computer; but even the ages of the Cold War, in which the internet had its origin. Of great relevance were the 90s, decade in which the internet was considered as a new barrier and the web became public domain; this is even the decade during which some big companies were born such as Amazon and Google and a spread of the mobile network among Western countries. Another interesting period is between 2004-2005, with the birth of contemporary social media such as Facebook and Youtube and the so-called Web 2.0; then, in 2007, it was presented the first iPhone, launching the spread of smartphone – the most widely used means of communication in the world today, with more active subscriptions than inhabitants on earth.
Finally, I would like to point out that the most relevant transformations often have no dates; for instance, it’s impossible to say when we started considering it normal to search information on the network; today it is a matter of fact, an habit of billions of people, despite cultural differences linked to the single countries. A highly relevant transformation and at the same time invisible.

In general, do changes in the way we communicate have an impact on the content that is communicated? In particular, will the digital sphere change (or has it already changed) our way of thinking? How?
Yes, as McLuhan teaches with the maxim “the medium is the message”, communication tools impact the content and every new one changes what is communicated and the way it is communicated. For instance, a movie seen in a movie theatre, on tv and on Netflix are actually three different movies, seen in different moments, with different people, with different levels of attention, interposed by different advertisements. Digitalization of course broaden the opportunities to communicate, but it also limits us: platforms as Facebook and Instagram allow us to express our Like or Dislike.
There are several researches on how much digitalization changes our way of thinking, with opposing conclusions between each other. We have certainly changed many of our daily information habits, bringing out some paradoxes: on the one hand it’s inevitable that it’s easier to find information, on the other hand we are overwhelmed by a quantity of information which often we can’t manage, a situation of informative overload in which is difficult to select. Another paradox is that we often heard that we read less; we actually read a lot through social media, in a fragmented and un-linear way; some read a quantity of texts equal to a book per day. It’s hard to understand what are the effects on the human psyche, since they occur in the long or very long period and today they are not visible.

What are the other changes currently taking place, besides those of the digital sphere?
There are at least two big changes which are strongly intertwined to digital communication. The first is the climate one: it is said that digital means will help reduce CO2 consumption because we will travel less; it is said that digitalization will make some processes more efficient. Another change is related to new global geopolitical positions, made more evident not only by the conflict in Ukraine, but even before through the friction between superpowers such as China and the United States that have found repercussions in digital communication. I’m thinking about the US ban on Chinese technologies, as well as the mistrust of TikTok or WeChat; then I’m thinking about to the impossibility for big American platforms such as Facebook and its galaxy to enter the Chinese and Russian market.
The interesting thing, on which I focus in my book, is that the climate change and the new geopolitical structure have something to do with the digital transformation; indeed, the latter took part in these two changes, guides them, supports them.

From your point of view, what will future communication be like?
Honestly, I don’t know, but I’m in good company. An interesting game is to look at predictions about the future that turned out to be unsuccessful: once one imagined that today we would be driving flying cars, a technology which is actually not used; in the meanwhile, in the 80s nobody foretold the web and today is something fundamental. If we cannot predict the future, we can identify trends. I mention three: communication will be more complex in general, there will be more and more channels – intended as communication modes – through platforms, messenger apps; there will be more noise and more contrast among the various messages. Secondly, communication will be more mediatized; nowadays we spent more and more day hours communicating through mediation tools. Lastly, communication will be more artificial: in all likelihood, the communication of the future will increasingly be between machines and machines or between humans and machines, rather than between humans. Communication exchanges between machines, and not between human beings, makes up the most of the internet traffic, called internet of things. What will all this lead to? We will see.
One of the interesting effects is the emergence of a nostalgia for a slower communication, or which seems slower, perceived as closer to humanity; by finding spaces where digitalization has no space; we also talk about digital detox, period in which people separate from the high quantity of information around to detoxify. In fact, it seems that the more communication corresponds a greater attempt to defend oneself from all this communication.

Gabriele Balbi will hold the conference “La trasformazione digitale. Storia e futuro” on 30 August at 18:00 at the Darsena, during the summer season.
Learn more: luganoeventi.ch

A story of friendship and bravery” – Interview with Livia Gionfrida, playwright and director

“Home was a perfect place for jazz music” – Interview with Rita Payés, jazz musician and singer